Visit Reykjavik, the capital of Iceland: ReykjavikTips.com is the travel guide with the best information for your city trip, tips for sightseeing and activities in Reykjavik.

Tips for your city trip to Reykjavik (Iceland)

Reykjavik means 'Smoky Bay' in Icelandic. It is the capital of Iceland and Icelandic or Islenska, a North Germanic language, is spoken. Reykjavik is the westernmost capital of Europe and the northernmost capital in the world. It has approximately 123,000 inhabitants, making it by far the largest city in Iceland. The size of this small but hip city is 273 km² and there is a lot to discover with Reykjavik sightseeing, whether it's just as the start of your tour through Iceland or for a Reykjavik visit. Learn more about Iceland's beautiful capital on our online Travel Guide ReykjavikTips.com

Visiting Reykjavik with a city trip

Reykjavik is not a big city, but there is a lot to do for tourists. Visitors on a Reykjavik city trip are drawn to the creative culture with a popular music scene, highly regarded food and a nightlife that is always alive. Luxurious resorts and geothermal baths can be enjoyed. These are spas that are realized by geothermal heat from the Icelandic soil. There are cruises along port cities, bus tours, various museums, day trips, great nature, animals and special architecture. Think for example of the characteristic Hallgrimskirkja which is the largest church in Reykjavik or the colorful Laugavegur, where you can enjoy shopping and encounter colored houses. You can also see the Northern Lights or admire whales during your Reykjavik vacation. A city trip to Reykjavik is great for tourists because of the variety of activities in this characteristic and surprising city. Read more about the 'places to visit in Reykjavik'.

Colorful streets towards the Hallgrimskirkja of Reykjavik Iceland

Visiting the statue of Leif Eirikson

The neighborhoods in Reykjavik city

Reykjavik city has a lot of variety and that is why you will encounter all kinds of neighborhoods during your city trip Reykjavik. This ranges from a bustling center to beautiful nature. Often most of the time is spent in the city center and this is called Miðborg. This is the oldest part of the city and the remaining painted houses give it a lot of character. Here you will find most of the shops, restaurants, galleries, museums and nightlife. This starts at Austurvӧllur Square from where you can go down the long street Laugavegur and then up the hill to Hallgrimskirkja.

If you feel like enjoying nature, you can go to the spur of the Seltjarnarnes peninsula (with Grotta Lighthouse, among others), but the more distant town of Álftanes is also an interesting place because of the wildlife that can be found in the winter. You can often admire the Northern Lights from Reykjavik in both places. If you think you've seen it all in Iceland's capital, there are even more opportunities to explore Iceland as you have plenty of excursions around Reykjavik. There are a few nearby places that all have something characteristic. For example, you have the town of Hafnarfjörður which is characterized by a picturesque fishing harbor in the southwest and further you can go to Garðabær in the south where lava fields and caves are close by. Many travelers also opt for more extensive day trips to the Golden Circle, waterfalls and glaciers in southern Iceland or to the rugged Snæfellsnes peninsula. A city trip to Reykjavik is the ideal base for discovering south-west Iceland, so you can easily spend a week from the capital. 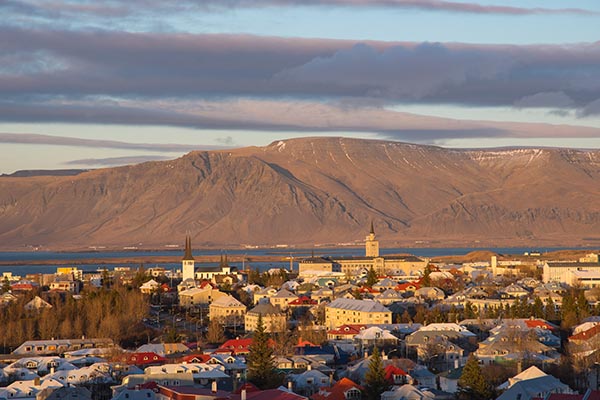 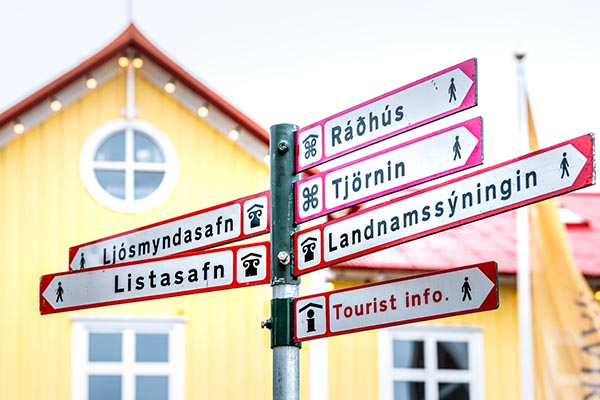 The travel guide for your city trip and holiday in Reykjavik

In Reykjavik there are some events that are very typical of this capital. In February is the Winter Lights Festival. Here the returning light and winter is celebrated. This is a very big party in Iceland where all the inhabitants are there. The entire weekend is dedicated to this festival and there is therefore a lot of meaning behind it.

The main cultural event taking place in Iceland's capital is the Art Festival in the month of June. It was first organized in 1970 and is one of the oldest festivals in Northern Europe. It consists of dance, theatre, music, ballet and visual arts where many foreign artists come to visit.

In the history of Reykjavik seafarers and the sea have been very important to Iceland and this is celebrated in June with the Festival of the Sea. The day that this is celebrated, all boats remain in the harbor. Another festival is the Summer Solstice Festival, during which an old tradition of the Vikings is preserved: June 21 is always the longest day of the year and is celebrated with Viking clothing, food and drink.

You can also visit the Reykjavik International Film Festival in early October where you will be treated to many films for 11 days. The Culture Night in August is a very large event where dance, sports, theatre, fashion and food are central. The Airwaves Festival in early November is fairly young. Since 1999, domestic and international artists have performed here and this takes place in various places in the capital. And then of course New Year's Eve, which in Iceland is celebrated exuberantly and atmospherically. Spectacular fireworks are set off, there are fantasy figures and folk songs are used.

Tips for activities during your city trip 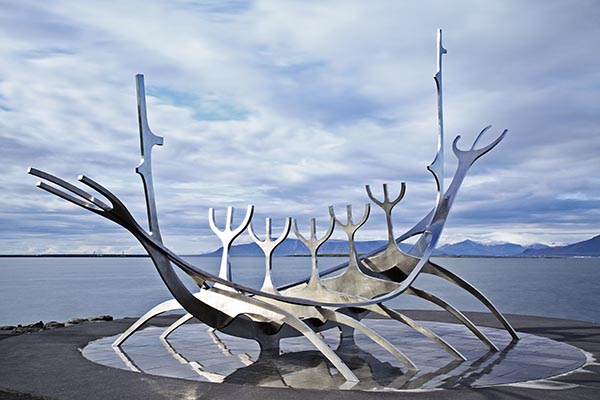 Besides characteristic sights such as the Hallgrimskirkja, the colorful Laugavegur and Perlan, there is much more to do in Reykjavik Iceland. Find out about the top 20 sights, activities and excursions in Iceland's capital. What to do in Reykjavik? 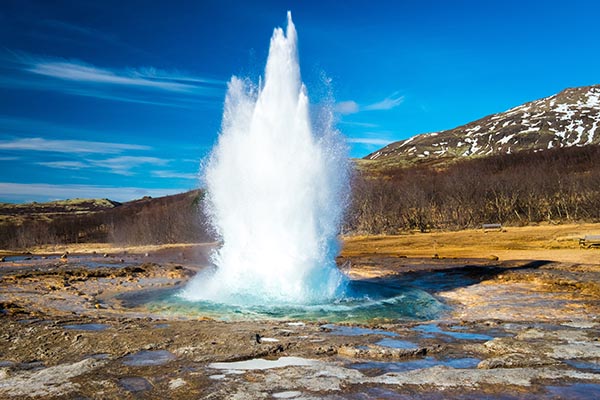 The city of Reykjavik is the ideal base to discover more of Iceland. From the capital you can easily make day trips to, for example, the beautiful southern part of the island. Think of the Golden Circle, the Blue Lagoon or the Snaefellsnes peninsula. View the overview of the most beautiful excursions. 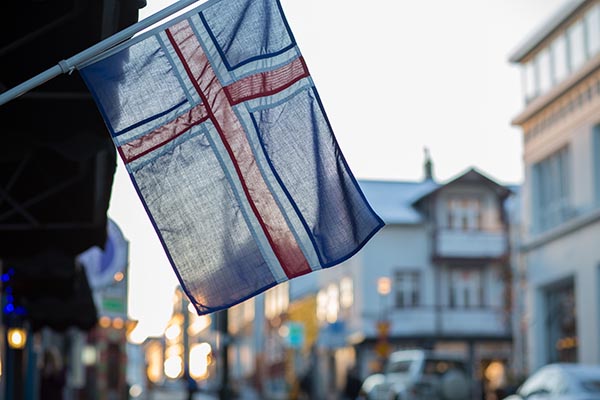 When is the best time to visit Iceland? What currency do they use? When is my best chance of seeing the Northern Lights or whale watching on an excursion? In this article some useful tips for planning your vacation in Iceland. 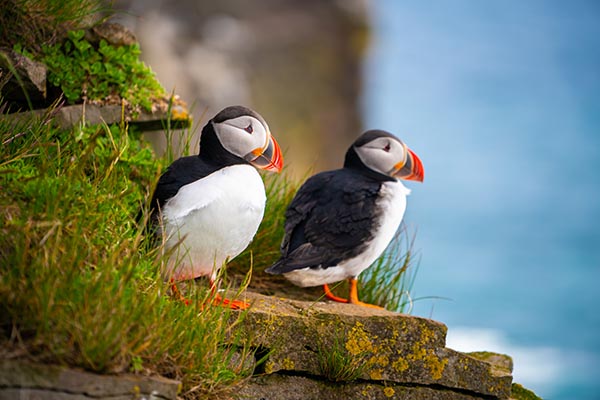 The 12 Best Excursions from Reykjavik

Many tourists choose to use Reykjavik during their holiday as a base to discover Iceland. There are a number of excellent tour operators in the capital that will allow you to take day trips in the area without any worries. These are the 12 best excursions to do. 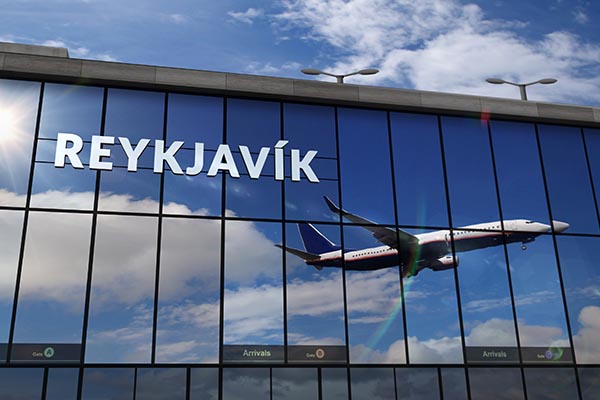 To and from airport

Keflavik International Airport (KEF) is the main airport for international flights to Iceland. However, the airport is located 50 kilometers outside the capital, so it is wise to think about your airport transfer in advance. 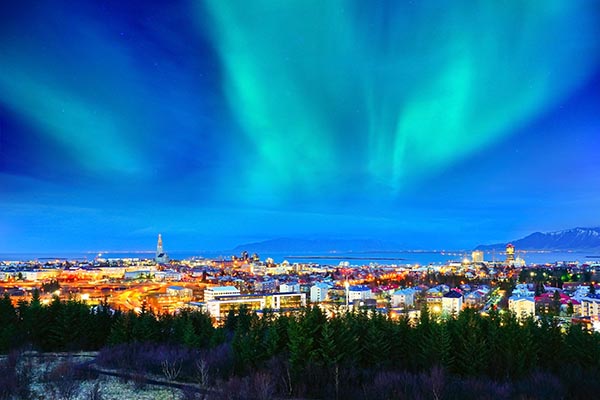 Reykjavik means 'Smoky Bay' and refers to the hot springs in the area from which smoke came out. Ingólfur Arnason was the first official Icelander in 871 as a refugee from Norway. In the centuries that followed, Reykjavik was little more than a village of farms. You can learn more about this period in the museum of The Settlement Exhibition. In the 18th century, a wool weaving mill and rope factory were started. They also engaged in fishing, agriculture, shipbuilding and the mining of sulphur. In 1768 Reykjavik received city rights, but it was still under the Danish crown. More and more inhabitants were added, along with government seats and educational institutions. The University was not founded until 1911 and in 1918 Reykjavik and Iceland became largely independent.

Iceland chose to remain neutral during the war in 1940. Many bases were built by American and British soldiers. Because there was unemployment at that time, this was not unfortunate, because many jobs were created because a lot of additional buildings had to be built. A British airport was also built which is still in use today. In 1944, following a referendum, the Republic of Iceland was established, with the king being replaced by a democratically elected president. Iceland flourished and residents moved from the countryside to the city. Substantial investments were made in new technologies and Reykjavik became a modern city. Reykjavik's international status was once again made clear in 1986 when the peace summit between Presidents Reagan and Gorbachev took place here. Since then, Iceland's economy has continued to thrive as a global fishing player and tourism has grown exponentially over the past 20 years, making the tourism industry responsible for 30 percent of Iceland's income. 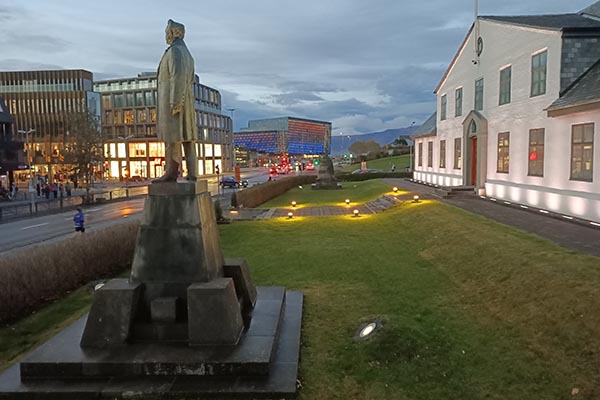 Visiting the center of Reykjavik Iceland 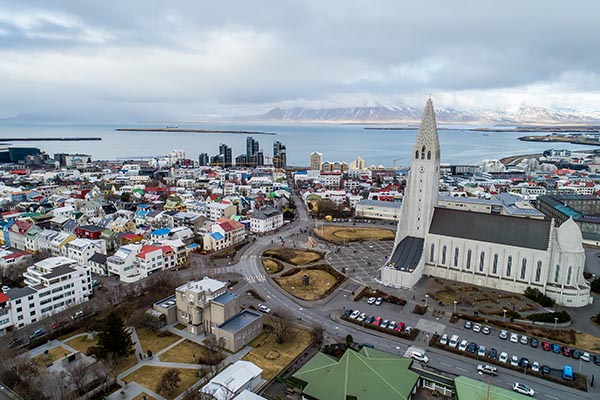 Hallgrimskirka, the symbol of Reykjavik

Iceland can be visited all year round, but it just depends on what your preferences are during a Reykjavik city trip or Iceland round trip. Are you going for a pleasant temperature or do you want to go in a quiet period without too many tourists? The low season (the winter period) is here from October to April. This period is perfect for winter sports, snowy landscapes and seeing the special Northern Lights, but keep in mind cold weather and short days. Some parts of the island are barely accessible in winter, but the area around Reykjavik is great to visit in winter (this part of Iceland still benefits from the warmer Gulf Stream). During the high season from May to September there is a pleasant temperature of 11 to 13 degrees, making this the most touristic period. Always keep in mind that there can be a lot of rain in Iceland. During the months of July and August, it is recommended to book early hotels, rental cars and excursions. The advantage during the summer is that due to the northern location, the days are much longer during a city trip to Reykjavik.

Where is the capital of Iceland located?

Our readers say
4.8 (95.85%) 7 reviews
17 october 2022 Martin: "We had a fantastic holiday in Iceland because of the good travel tips about activities and sightseeing in Reykjavik city."

20x Places to visit in Reykjavik